There are a variety of reasons someone might choose a vegan diet. Of course, the most common reason is the belief that farming is cruel and inhumane to animals. But others choose the diet for health reasons, or because of the environmental impact of livestock farming.

There’s no question that livestock farming has a huge impact on the environment. This includes animals raised for meat, as well as those raised for dairy and eggs. According to this Time Magazine article, livestock farming currently uses about 30% of the world’s non-ice covered land, as well as ⅓ of the world’s freshwater supplies. According to the FAO, it is also responsible for about 18% of human-produced greenhouse gases. On top of that, the deforestation required to clear farmland as well as overgrazing of livestock contributes significantly to global soil erosion, which leads to higher levels of pollution in our freshwater sources, loss of animal life and increased flooding in areas of high soil erosion.

In Canada, meat makes up only about 6% of all household food waste, which may not seem like a lot, but when you take into account the resources that went into producing that meat, the impact becomes much greater. We also have to consider that North Americans are some of the world’s highest consumers of meat.

It’s clear that livestock farming has a significant environmental impact. But, is a vegan diet really lower impact?

The answer? It depends.

We know. That sounds like a cop-out answer. But, if you’re serious about reducing your impact on the environment, understanding where that impact is happening is key.

Ultimately, it comes down to understanding where your food is coming from.

Mexico, for example, is one of the world’s largest exporters of avocados. According to this article in the Independent, avocado exports have become so lucrative that domestic supply has significantly diminished and the country is now considering importing avocados to make up the supply. Avocado farming has also led to higher rates of deforestation. All that land and all that fuel for transport doesn’t come without a high environmental price.

Other popular vegan staples like quinoa, mangos and off-season produce (like broccoli or kale in January) have to be transported long distances and sometimes lead to increased deforestation when international demand grows.

That isn’t to say you can never buy oranges in February. We all need to stave off scurvy in those long winter months. But whether you’re going full vegan, vegetarian or even reducing your consumption of animal products for environmental reasons, here are a few tips for ensuring an even lower impact: 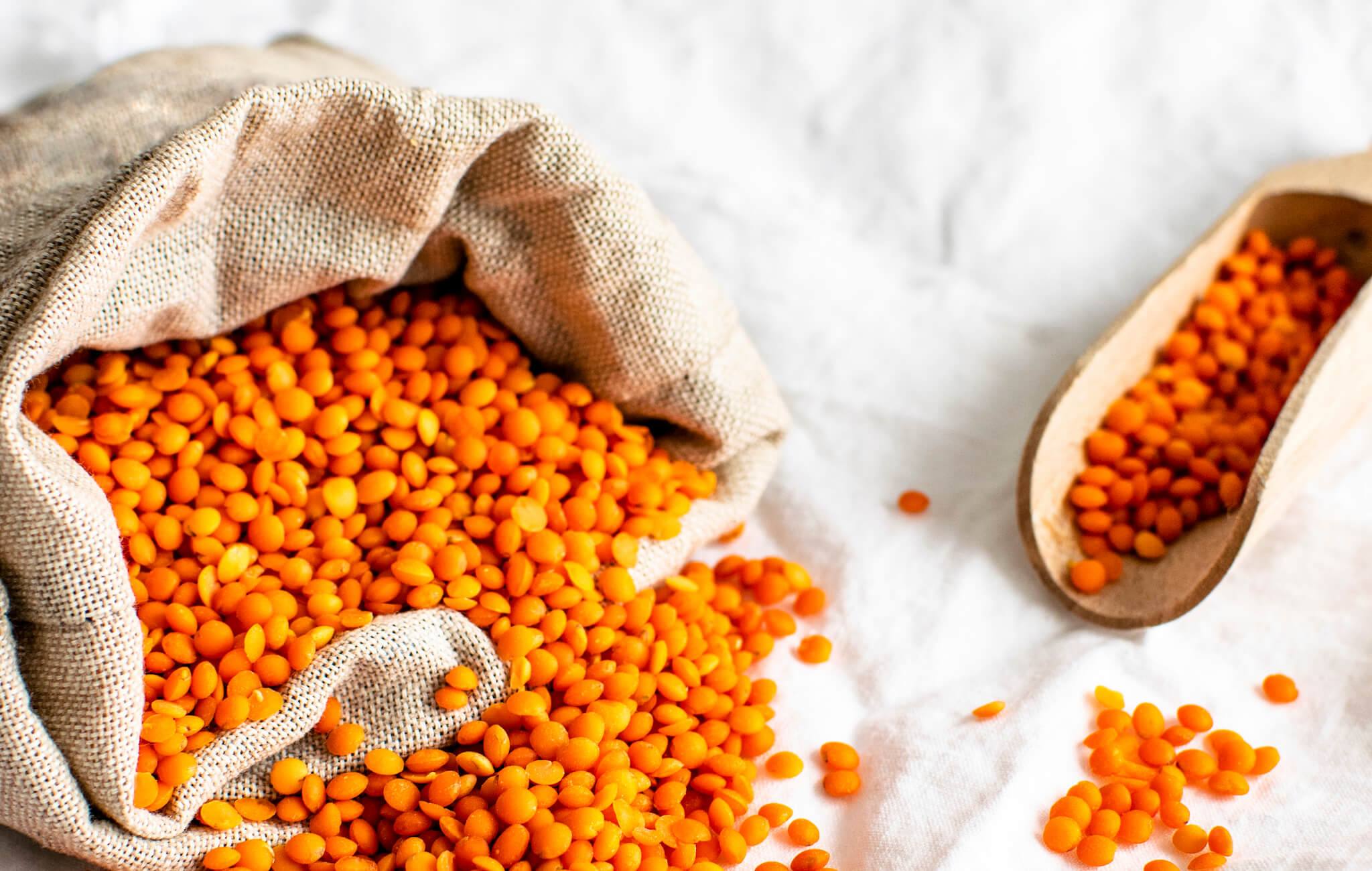 Beans, lentils and other pulses are not just heart-healthy, protein-packed and iron-rich, they’re also easy on the environment. According to a Vegan Society report, growing them doesn’t require nitrogen to be added to the soil, which lowers carbon emissions. They’re also pollinated by insects and improve biodiversity.

Many people don’t like these superheroes of the food world because they simply haven’t found enjoyable or easy ways to prepare them. But you don’t have to eat a pile of plain lentils or spend hours on a recipe. Try starting with red lentils, which have a milder taste and provide a comforting heartiness to curries and soups. They cook fast, so you can even add them to pre-made soups! Baked beans (without the pork, of course) are often vegan-friendly and are super easy when canned, but also easy to make at home, especially if you have a slow cooker. Recipes like pasta e Fagioli, lentil and bean chilli and lentil shepherd’s pie can be made vegan-friendly and make beans and lentils really delicious.

Pay attention to the country of origin

It’s not that you can never eat an avocado or mango again. But try to buy as many locally-produced or nearby-produced products as possible. Remember, the farther away something was produced, the more fuel it took to bring it to you. 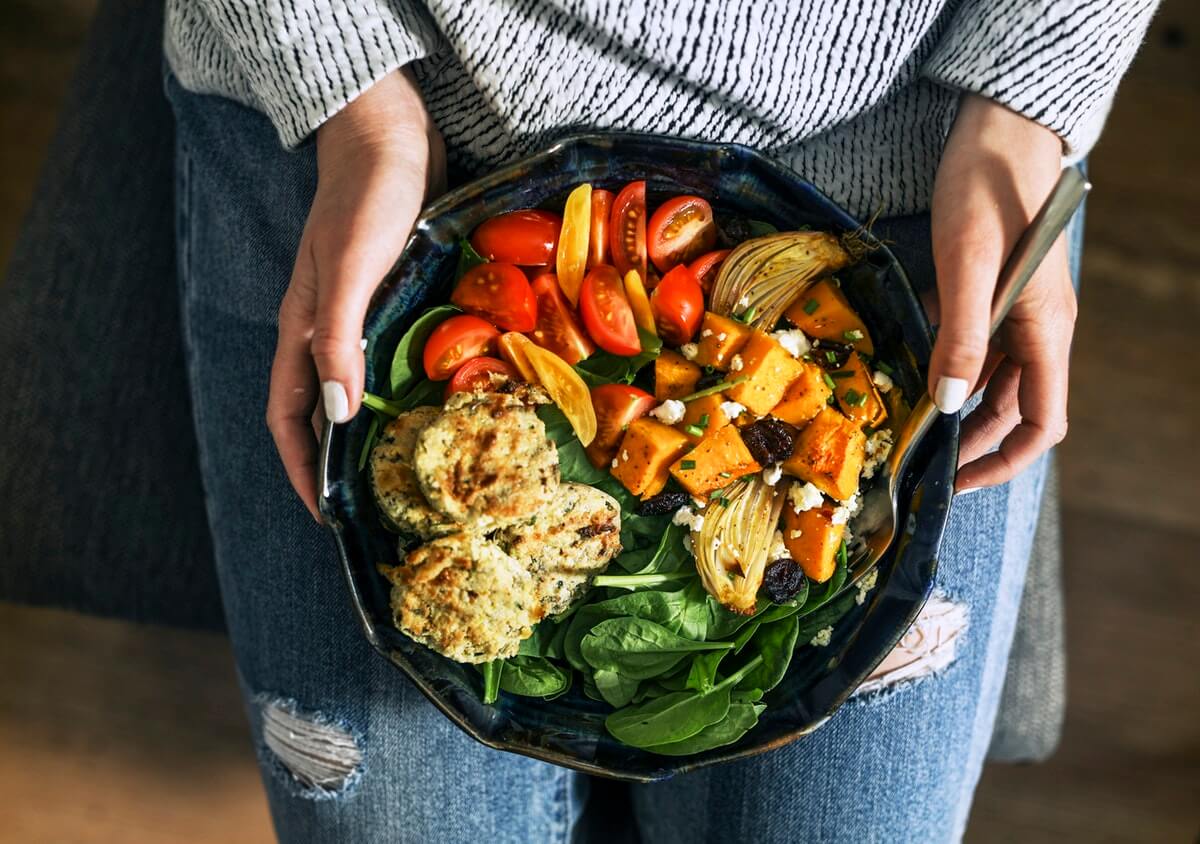 Frozen produce gets a bad rap. But the truth is, produce meant for freezing is picked when it’s ripe - meaning at its highest nutrient quantity - then flash frozen for minimal nutrient loss. “Fresh” produce, especially if it isn’t local, is often picked before it ripens and allowed to age on the shelf.

Frozen might not have the best texture for steaming, but is often perfectly suited to soups, stews, casseroles, baking and smoothies. When you buy frozen, you can often get locally produced fruits and vegetables year-round, and often at a lower cost than the “fresh” produce that gets imported from great distances.

Get squashed… and rooted

The key is to learn how to prepare them so that you actually enjoy them. Roasting root vegetables or pureeing them into a creamy soup is a great way to enjoy them. A delicious way to prepare butternut or acorn squash is to roast it with onions, then puree it with a bit of vegetable broth, some toasted pine nuts and a pinch of nutmeg for a hearty pasta sauce - delicious on gnocchi or mushroom ravioli! You can also bake root veggies and squash into savoury pies or mash the squash with sweet potato to top a lentil shepherd’s pie. If a whole squash feels intimidating, try starting with frozen cubed squash and go from there.

Avocados and quinoa aren’t just trendy. They’re popular vegan staples because of their unique nutrient content, with avocados providing essential omega-3 fats, and quinoa being one of the few complete proteins of the plant world.

However, there are other options - options closer to home. Buckwheat, for example, is another plant-based complete protein and the United States is one of the world’s highest buckwheat producers. A good registered dietitian can not only help you design a diet plan that gives you all the nutrients you need, but also one with a lower environmental impact. In a world where veganism can still be controversial in certain circles, a dietitian can also be your greatest ally in doing what you feel is right.

Whether or not you choose a vegan diet can be a very personal decision. But there are several reasons to consider at least reducing your meat and animal product consumption. Environmental impact is a big one. Just be aware of the impact of the foods you’re choosing, and be open to new ways of preparing foods you may otherwise overlook.