What are some of the most common sources of household food waste? There are a number of things that contribute to the problem, but here are three big ones:

These three things happen in almost all households and families, but that third one can be especially common in families with young children, as their appetites and tastes can vary so greatly from one day to the next. One day they’re bottomless pits, eating everything you put in front of them, and the next they’re picking at even the smallest portions.

Regardless of how or why these things may be happening in your home, smorgasbords may be the answer to eliminating that waste. They may also become one of your family’s favourite weeknight traditions!

What is a Smorgasbord? 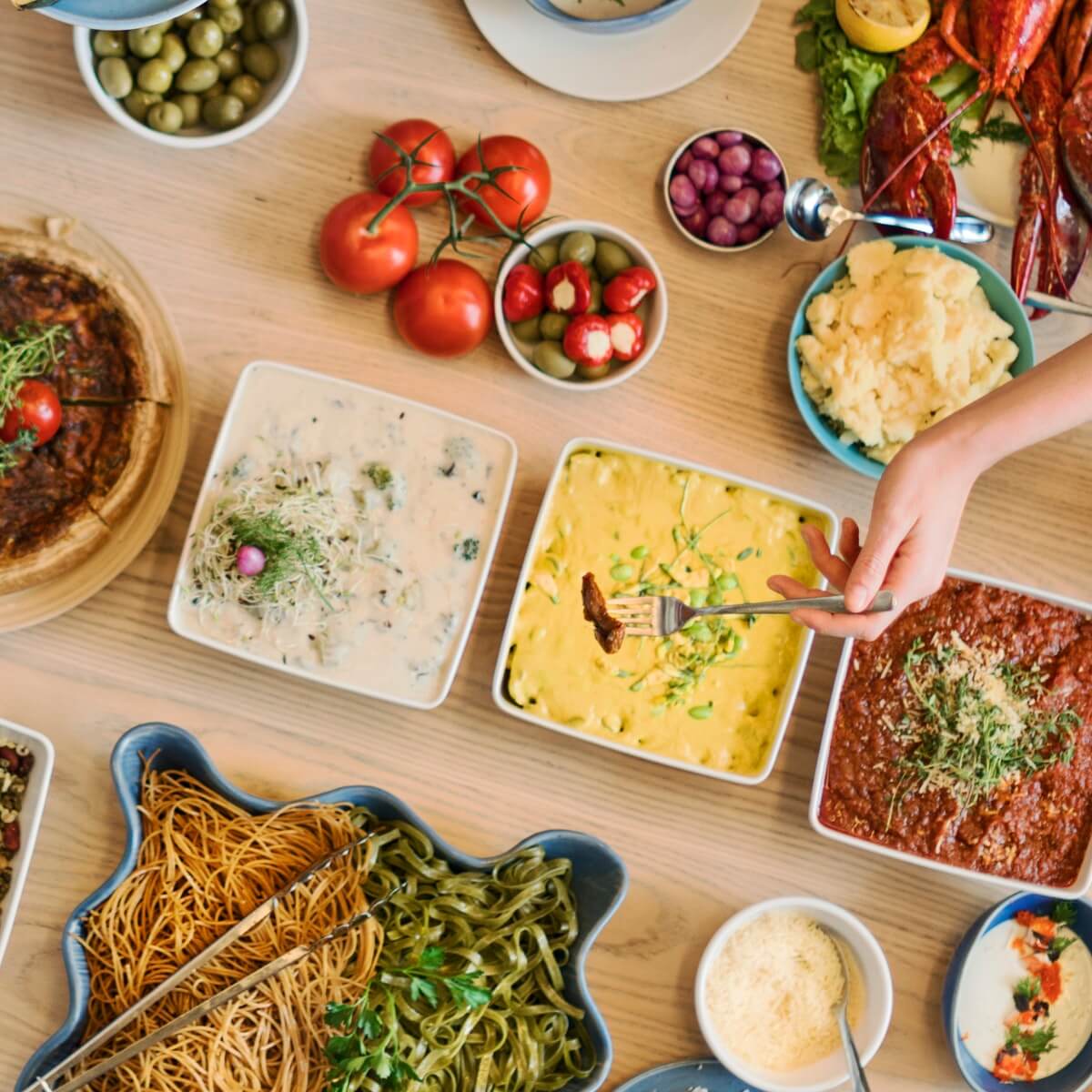 The smorgasbord (or smörgåsbord) is a Scandinavian style meal that’s basically a buffet. Whereas the buffets we’re familiar with in North America tend to be synonymous with over-eating, over-serving and over-wasting, the Scandinavian smorgasbord is typically a meal served for a celebration.

Most smorgasbords consist of both hot and cold dishes, almost always include bread and cheese, and usually the cold dishes are served first.

How Can a Smorgasbord Eliminate Food Waste?

Basically, it allows you to use up both leftovers and those smaller portions of food - including bits of fruit or vegetables and even condiments - that you have on hand. It’s meant to feature an array of foods, with diners filling their plates with portions of each dish.

Now, typically, the dishes in a smorgasbord are made fresh and there’s some kind of cohesiveness between the dishes so that they blend well with each other. But, since we’re just using the general idea, you don’t have to stick with that.

Instead, just put what you have on the table and let everyone serve themselves what they want. A few small slices of leftover lasagna, a plate of sliced pears and cucumbers, stale bread seasoned and toasted into croutons, leftover egg salad, cubes of cheese, sliced deli meats, a bit of lentil stew and some fresh veggie sticks. Whatever you have!

It all may seem like odd pairings, but it can even be kinda fun to set out a bunch of mismatched dishes and enjoy a meal that just took a bit of chopping and reheating.

When it comes to kids, many enjoy the freedom to make up their own plates and choose their favourite foods. For very young kids, you can even let them use ice cube trays instead of regular plates so they can take just very small portions and try new things (or even fill up every section with the exact same thing - whatever they like!).

Raising kids can be challenging enough without also stressing out about food waste. Finding ways to make it fun can not only help you reduce your household food waste, but can also make mealtimes a little easier on the whole family. Remember: big pictures are made up of small brush strokes. Whatever small steps you can take to help reduce food waste will have an impact.