5 Pie Recipes That Use Up Extra Veggies

Savoury pies are like a lost treasure trove of fragrant, hearty, mouthwatering deliciousness. They used to be quite common, but have fallen to the wayside in recent decades. Possibly because pie crust from scratch can feel a bit daunting. But with a little practice, it can be quite easy. Or you can just buy premade and it’s SO easy.

What’s great about savoury pies is that they were originally intended to stretch food as far as it could go, meaning they’re fantastic for using up small amounts of leftovers, or vegetables starting to wilt.

The following are five of our favourite recipes for savoury pies that use up extra veggies. These pies are hearty and filling and often pair best with a simple salad. The best part is that you can easily swap ingredients in these recipes to use up what you have on hand, and although most call for homemade pie dough, you always have the option to use store-bought. 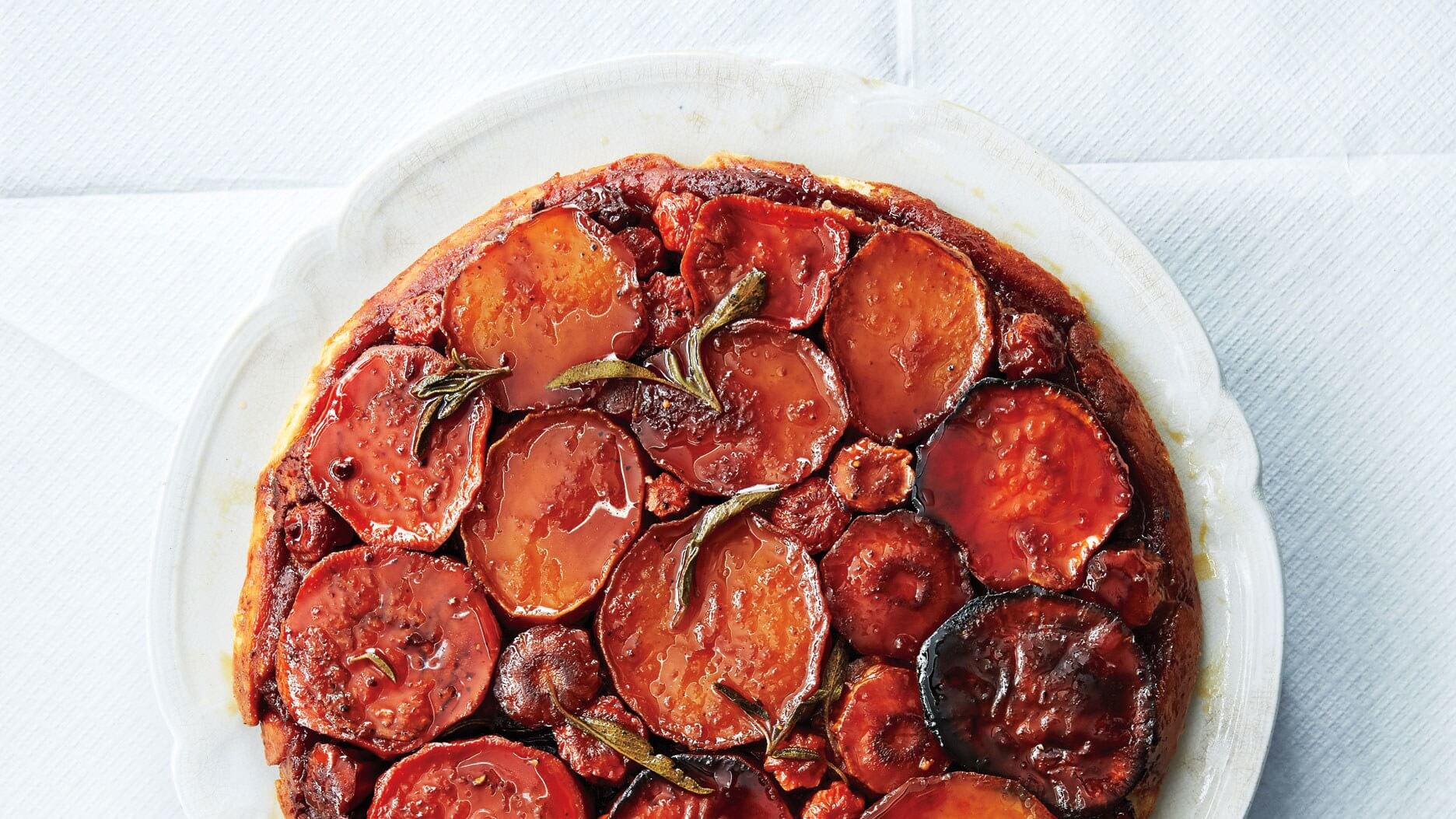 Root vegetables are some of the most commonly wasted vegetables. Perhaps because they’re often sold in large bags and at low cost, so we’re more likely to over-buy.

This recipe is a delicious and comforting way to use them up. It asks you to make pie dough from scratch, but you can get away with buying pre-made dough and rolling it out yourself, or even using puff pastry dough! The recipe also calls for fresh rosemary and sage, but if you only have dried, you can use that and reduce the measurement from 1 ½ teaspoons to just a ½ teaspoon of each. 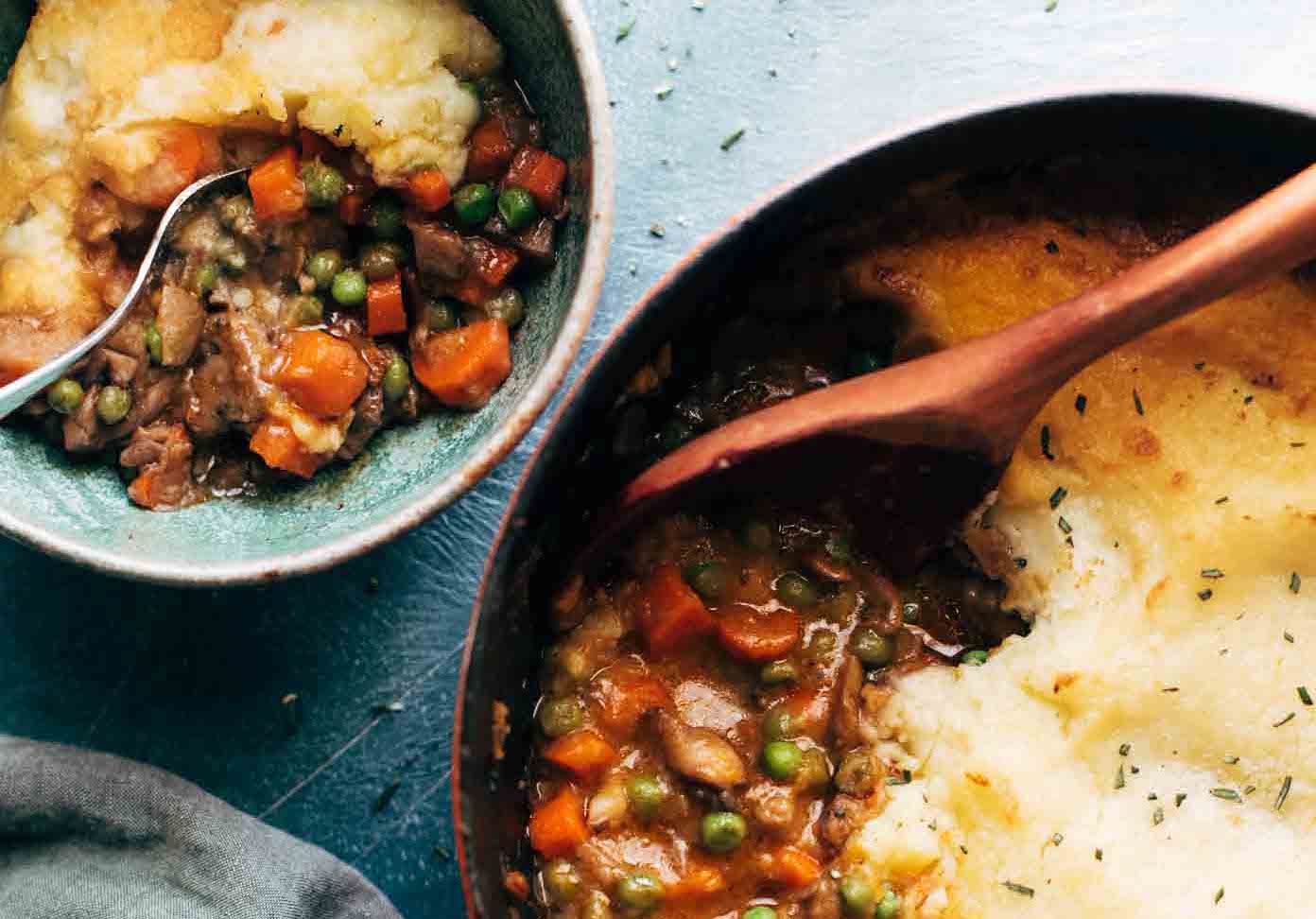 A good, hearty shepherd’s pie just feels like… home! What we love about this recipe is the flavourful gravy that makes all the veggies come alive with cozy flavour. To make this recipe even more hearty, you can swap 1 cup of peas for 1 cup of cooked lentils. You can also swap the shallots for regular yellow onions, and some of the carrots for whatever other root vegetables you have on hand, such as parsnips or turnips.

To really take this up a notch (and make it more of a true pie), you can use puff pastry instead of mashed potatoes for the topping. In which case, swapping some of those carrots for yummy chunks of potato would be simply divine! 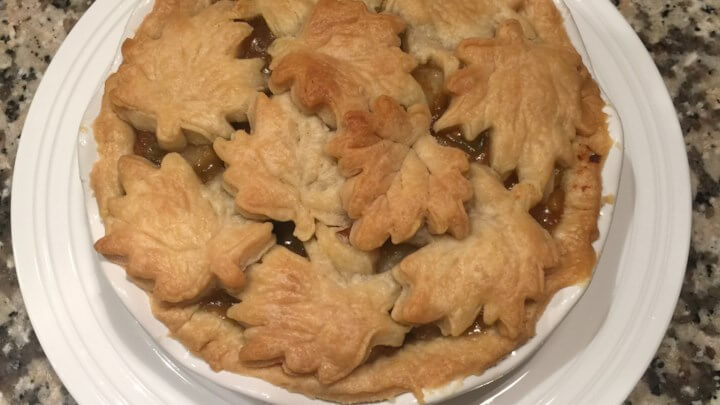 The creamy gravy in this pie makes it hearty and comforting, and is also versatile enough that you can easily swap some of the veggies for what you have on hand. Some great swaps are using frozen peas instead of green beans, broccoli instead of cauliflower, turnip or sweet potato instead of carrot, or even throw in a handful of leafy greens like spinach or kale. Go veg wild!

The entire name of this recipe is fancy words for very simple things. Courgettes, or zucchini, are one of the least expensive vegetables and somehow, we always end up with too much of it! You can chop it up and add it to soups, pasta sauces and all kinds of things, OR, you can make this scrumptious galette. What’s a galette? It’s a rustic, almost lazy way to make a pie crust that doesn’t even require a pie plate. And you can absolutely use store bought pie dough. The cheese in this recipe also works with plenty of other veggies, so go wild and use thinly sliced tomatoes, eggplant or whatever you have on hand. 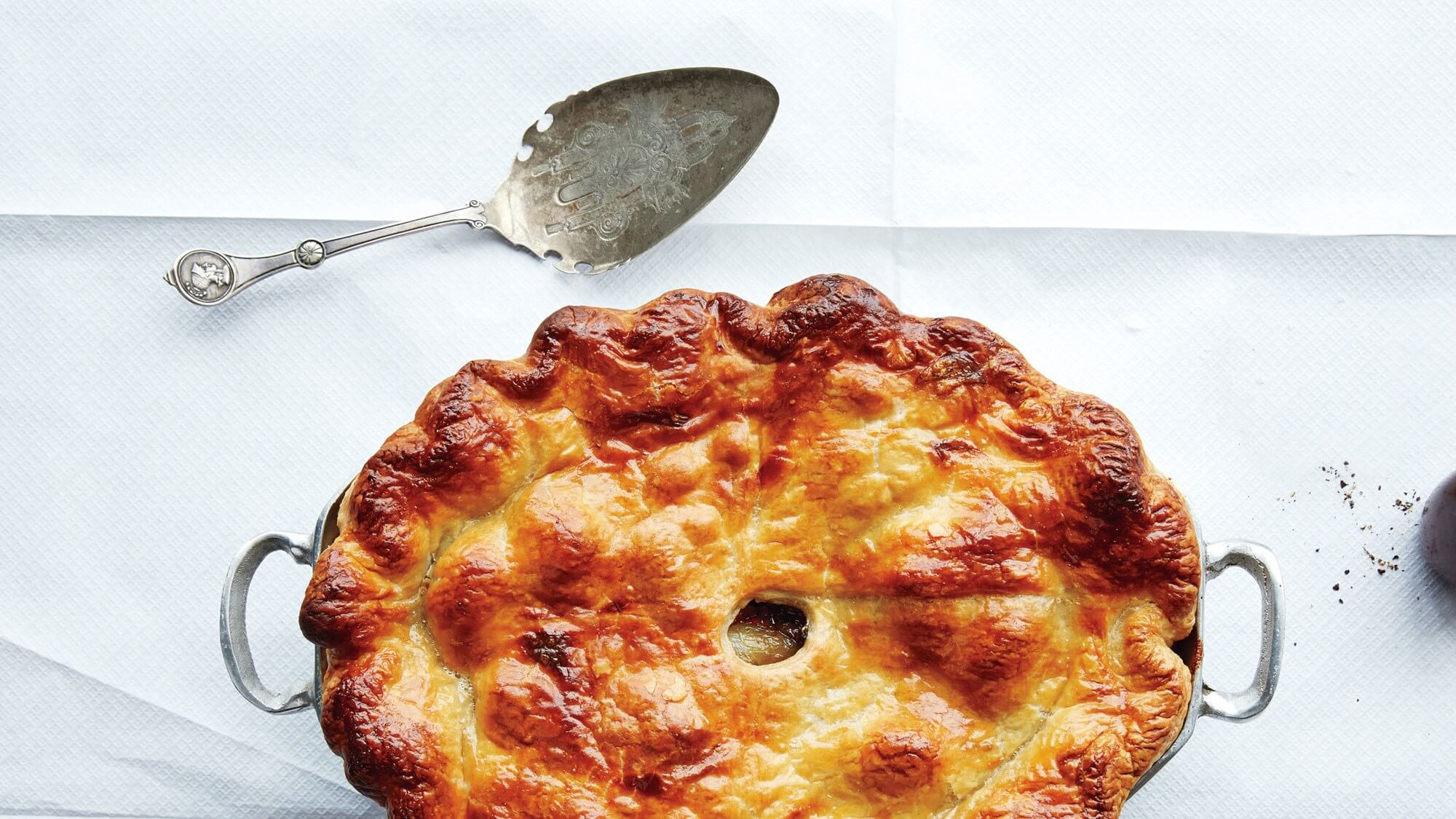 This is not a recipe, but rather a strategy for turning just about any stew, curry or even chunky soup into a savoury and delicious pie. This technique is great for using up leftover stew. If you don’t have enough leftovers to fill a pie, you can use whatever vegetables you have on hand to fill out your pie filling! For root vegetables like carrots or beets, you’d probably want to roast or steam them first. More delicate vegetables like leafy greens, mushrooms or peppers will just need a quick saute before adding them to your stew pie.

Do you have a favourite savoury pie recipe or technique that gets the most of your veggies?